The third in my series of blog write-ups from mine and Clare's short trip to Devon and Cornwall is about renewable energy. We went over to North Cornwall, to the small fishing village of Port Isaac for a meeting of St Endellion Climate Friendly Parish (which is a parish adjoining Port Isaac). They're a very well organised group with a lot of energy; indeed they've been so pro-active they've been shortlisted to the last five of a national competition called "Future Friendly". 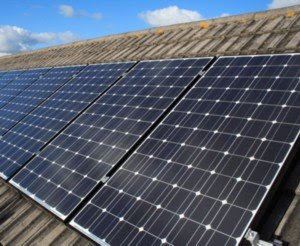 The village hall was very busy, in excess of 75 people there, a magnificent array of food and drink on offer and a good line up of speakers. The local MP Dan Rogerson gave an introduction to the issues, correctly stating that "tackling climate change issues must come hand in hand with tackling economic issues" - i.e. create so called 'green-collar jobs'. He also pointed out that renewable energy gives communities and nations energy independence from economic and political pressures and fluctuations.

And if anyone doubted that individuals don't have influence on the political process, Dan Rogerson MP confirmed that "a letter writing campaign has a huge impact"! 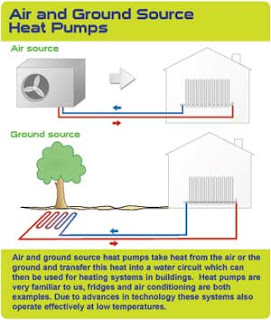 A couple of wider points were raised: (1) ensuring insulation is maximised is critical in reducing energy demand and (2) maximising passive solar gain is very important in buildings - and there's no excuse on new builds.

Neil Farrington from Cornwall Energy Plus outlined a very interesting scheme called Community Power in Cornwall. This is a model more akin to some continental countries where there's a stronger culture of co-operation. The idea is simple - a number of people pool their investments in to larger scale renewable energy installations - in this case wind power.

These larger scale installations are more efficient, more cost effective and enjoy better support from the community, because they're owned by members of the community. It's an excellent principle that should be explored for Scilly.

Finally, the summary was made that whilst there are many realistic renewable energy options, there is no perfect technology and every situation is different. As communities and as a nation we need to explore the right mix for each location, with an aim to maximising our energy independence and minimising our carbon emissions.