Theoretically, this is an answer to the shortage of oil that North America faces, but it comes at a very high cost. Besides the threat of oil spills, conventional oil production is relatively unobtrusive as it's pumped from vast underground reservoirs. Tar sands however are the complete opposite.

It's like open cast mining on a vast scale. Vast tracts of pristine wilderness disappear, water courses are heavily polluted, there's severe localised air pollution and devastating effects on both wildlife and humans. The energy required to refine tar sands in to oil is immense.

A new film called "Toxic Fuels" is being released on March 15th, supported by The Co-Operative Bank. Have a look at the website here: http://toxicfuels.com/

This is a trailer for the film:

Posted by Transition Scilly at 18:58 No comments:

This Thursday sees the launch of a series of film screenings from Transition Scilly. First up is a big budget film The 11th Hour, written and presented by Lenardo di Caprio.

Film starts at 7.30pm on Thursday 25th February in the Old Wesleyan Chapel on St Mary's. There will be tea and cakes, entry is free and anyone is welcome. Doors open from 7.00pm.

Rather than a description from me, judge for yourself from the trailer:

Posted by Transition Scilly at 22:09 No comments:

Two interesting series on TV at the moment that have strong connections with the principles of Transition (and a common link in Monty Don!) include:

Mastercrafts: Green Woodworking, where "Monty Don, a huge fan of traditional crafts, presents a series which celebrates six of the craft skills that built Britain and its heritage, ranging from thatching to stonemasonry."
http://bbc.co.uk/i/qsc3j/ 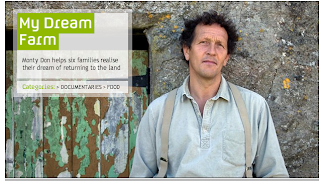 My Dream Farm on Channel 4, where "Monty Don helps six families realise their dream of returning to the land". Watch here:
http://www.channel4.com/programmes/my-dream-farm
Posted by Transition Scilly at 19:40 No comments:

Nearly ready to plant the orchard 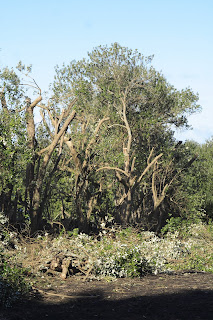 We had another good work session at Trenoweth Community orchard again today. About 12 people helped at some point during the day, where we continued getting the hedges in shape, moved all the hedge cuttings and stripped the old black plastic away from the arum lillies. 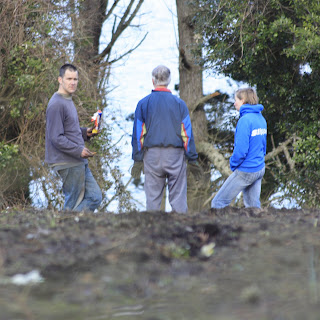 It was a lovely sunny day after 12 and it felt very sheltered from the cool Northerly breeze. The photos show some good work having been done and another...well, reflection?! Does Nick realise he's been caught on camera supervising the biscuits?

We're still on course for planting on 28th Feb, but will confirm nearer the time.
Posted by Transition Scilly at 22:25 No comments: 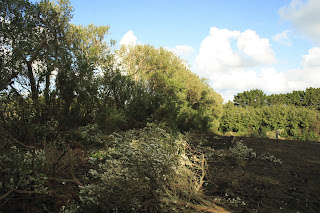 On Sunday 31st January several Transition Scilly members got together on a lovely sunny day at Trenoweth to help prepare the field for the new Community Orchard.

The land had previously been part of Trenoweth Horticultural Research Station and had been used for Narcissi flower trials. But as it was ancillary to the main parcel of land it hadn't been fully managed for a number of years so is in need of some improvement.

Hedges to the west and north of the plot needed some serious cutting, so we got in and started hacking back the Oleria and gorse in a dramatic way. Looks a bit serious to start with, but it'll improve the field no end in the long run.

Another work party is planned for Sunday 14th Feb from 10-4 where we should finish hedge cutting and have the field ready for planting a couple of weeks after that. Then it really will be an orchard!
Posted by Transition Scilly at 20:04 No comments: