Some thoughts on Climate Change

If you have seen Al Gore's film, An Inconvenient Truth - as 40 or so of us did last night in the Old Wesleyan Chapel on St Mary's, then you may well be feeling overwhelmed by the whole issue of Climate Change. The scale of the problem is huge and, if we carry on as we are at the moment, the consequences could be very severe for us and for the planet we rely on for life. 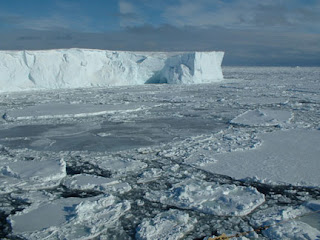 The most worrying part of Climate Change for Scilly are potential sea level rises. Ice melt in polar regions is happening much faster than previously predicted and this could result in huge sea level rises globally. Can you imagine how a 2 metre rise in sea levels would affect these islands in as little as 20 years time?

What matters is our personal and collective response to a changing climate. Al Gore talks about the mental shift that occurs often in people, from denial to despair. There is however a middle ground, a way forward that offers hope for the future and for humanity.

Everyone is responsible for varying amounts of greenhouse gas emissions, and therefore we can all do something about it. It may or it may not be too late to prevent the worst effects of Climate Change, but we have received a wake-up call and it is simply immoral not to react. Perhaps you don't want to do anything because some other people aren't doing anything either.

Moral issues should be upheld as a responsible way of living and a social standard. The vast majority of the population abide by the law, despite the fact that a very small minority break the law. Action on Climate Change should be taken in the same light.

So, here's how to start. Work out your carbon footprint here.

Simple. Shouldn't be too painful - and certainly a lot less painful than seeing houses and public spaces go under feet of sea water in the not-too-distant future...
Posted by Transition Scilly at 11:36 No comments:

This Friday, March 28th, sees the first of four events from Transition Scilly. These events are awareness raising, on issues central to the concept of Transition: Climate Change, Peak Oil, community resilience and Transition initiatives.

An Inconvenient Truth is a hard-hitting film presented by Al Gore, former vice-president of the US. It's very well produced, but pulls no punches with the facts. It's a good film, but can be hard to take in the enormity of the reality of Climate Change, if you're not up to speed on the facts. However, this should not stop anyone from seeing the film, because Climate Change is really the single defining issue of the era. Arguably, it is the biggest challenge ever to face humanity on such a scale - major climatic changes on a planetary scale.

You have the chance to watch this film for free AND we'll provide tea and cakes! The film is being shown in the Old Wesleyan Chapel on St Mary's, doors open at 7.00pm and film starts at 7.30pm. It'll be a great way to learn about this really important subject, whilst being able to share thoughts with others.

So please come along and be part of something that's going to be a major project on Scilly - we won't be charging you to come in!

P.S. There are free boats available to off-islanders through Lifelong Learning. Please e-mail me if you're interested.
Posted by Transition Scilly at 22:22 No comments:

Transition Scilly is a new project created to promote community solutions to the twin threats of peak oil and climate change, the two most important issues currently facing humanity and extremely pertinent for Scilly. It has been set up by six people who live and work on Scilly, who are committed to helping provide solutions to the problems created by peak oil and climate change. 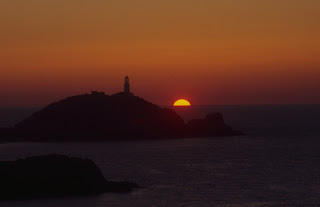 Over the course of the next few weeks, Transition Scilly launches a programme of events to raise awareness about climate change, peak oil and Transition initiatives. Three film evenings, free to attend, will be shown on Fridays March 28th, April 4th and April 11th in the Old Wesleyan Chapel, St Mary's.

The events culminate in a talk by Rob Hopkins, founder of the Transition movement, on April 16th. Rob is a highly sought-after speaker and it will be an exhilarating talk about positive solutions to a low-carbon future. The key part about Transition is its positive outlook - indeed it is often described as "more like a party than a protest march."

See the full events programme on the Events page - hope to see you there.