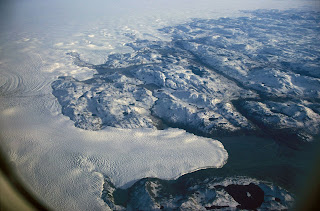 For a long time, the forward-thinking and very authoritative James Hansen of NASA has argued that we are dangerously close to climatic tipping points, as he explains in a Guardian article last year. This is the point at which "runaway global warming" starts - natural systems can't control the upward spiral of temperature rises.

This situation worsens as positive feedback comes in to play - for example as ice melts, the permafrost melts below it, which releases huge amounts of methane...which increases global warming. Staying below temperature thresholds to prevent tipping points is crucial.

David Attenborough is pushing the climate change message more so than ever now, vividly illustrated in the beautiful footage shown in Nature's great events. See the episode on the iPlayer here. It's a stark reminder that the seemingly huge and impenetrable mass of ice in the poles is a lot more fragile than we like to think.

Copenhagen 2010, scheduled for December, is where all the world's leaders come together to agree a strategy to tackle climate change. The importance of Barack Obama's position cannot be underestimated; quite literally one man could make or break the agreements. His language so far is encouraging, but actions speak louder than words.

In Copenhagen at this very moment scientists are trying to gauge a more accurate position of the effect of current, and future predictions of, temperatures on the world's ice caps and glaciers. There is enough freshwater stored as ice to cause sea level rises of scores of metres world wide; the extent to which it really does melt is critical for our mitigation strategies. 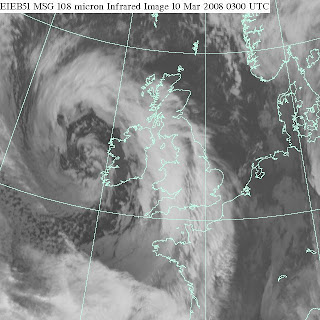 On Scilly we are incredibly vulnerable to rising seas, storms and changing weather patterns. Obtaining precise information of the potential effects on these small islands is really important and at last some work is about to start on this very issue (although it should've been started 10 years ago...).

Although this is a difficult topic, it's not one that I will apologise for tackling. Sea level rise is the biggest threat to Scilly and to millions of people around the world. Burying our heads in the sand is not a viable option.