On Scilly we like to think of ourselves as an active community that by and large look out for each other, unlike many parts of this country. But our societal dependence on oil has, unwittingly, unstitched that strong community bond that would have existed much more before the "age of oil". 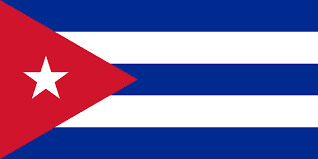 With the event of Peak Oil, and a resultant decline in the availability of oil (combined with rising oil prices), a resurgence in the value of community will probably be seen. The need to work together in a more localised economy will necessitate a greater reliance on each others skills, and a simple need for others' help.

An interesting example is Cuba. In the 1980's Cuba had a thriving sugar export trade with the former USSR, and benefited from Russian machinery, oil, and agricultural chemicals. Indeed it is said Cuban's use of oil exceeded that of the United States, per head of population, at that time.

But in 1990 the former Soviet Union collapsed and suddenly a huge market and supplier was gone. Help from America was, of course, out of the question. As a result Cuba's economy went into a tailspin. With imports of oil cut by more than half – and food by 80 percent – people were desperate.

Food production was, of course, a priority - but Cubans had to completely change their systems from an industrial system of agriculture to local, organic production very quickly. Virtually every aspect of their lives changed overnight and they had to readjust to a new way of thinking and acting.

Now Cuba is upheld as an example, in many ways, of a country with sustainable food production, great healthcare and good education, amongst other examples. See how they achieved this amazing turnabout in the inspiring film Power of Community.

This is Transition Scilly's next film screening, being held on Friday April 11th at 7.30pm in the Old Wesleyan Chapel on St Mary's. Entry is free and there will be tea and cakes - doors open from 7.00pm.
Posted by Transition Scilly at 18:06