This week has seen the first Scilly Food Festival taking place. It never intended to be a huge event as it was organised with very little time or money, but it certainly seems to have engaged people and brought the concept of local food to the fore again. The intention is to make Scilly 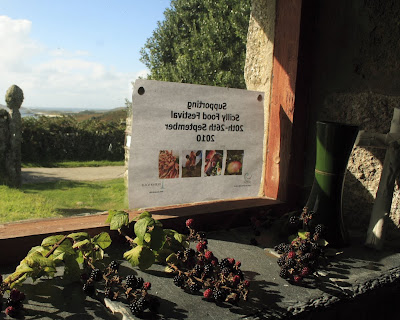 Food Festival a significant event in 2011. 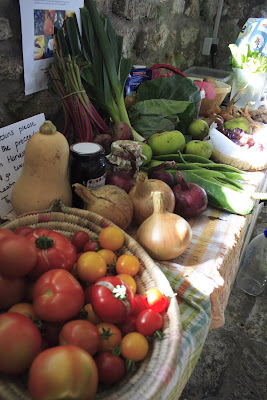 The harvest festival on St Martin's was well attended and had a lovely display of great local produce.

Many businesses have done local food menus for the week. If they don't normally use much local 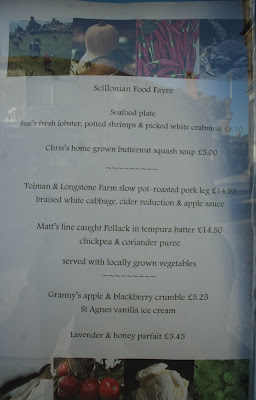 produce then it's good to see them doing so, and if they do already then it's even better to see them shout about it. Some businesses have really taken it to heart by producing entire menus such as this.

Positive reports have been received about a number of venues offering excellent local produce on their menus. 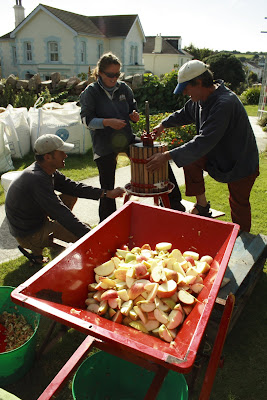 Today we pressed apples by St Mary's Church, using windfalls that would probably just have rotted away otherwise. Pressing is a great social event and is a positive process where you get some great drink at the end. In fact the juice will be going straight to the Five Mile Meal at St Mary's Hall Hotel the next day.

There will be another apple pressing on Sunday 10th Oct at the Town Hall - more on that nearer the time.

So far the Food Festival has been positive and there should be a lot of positive follow up work leading on from this event.
Posted by Transition Scilly at 22:03